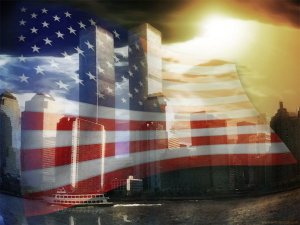 No matter what your beliefs about 9/11, you can’t deny the emotions that 9/11 evokes–thinking about those that died that day, how you felt, where you were, how our lives have changed since, the list could go on and on. We don’t think about these things on a daily basis, so on the 10th anniversary I was really hoping that people would reflect on everything we’ve lost-from people to freedoms.

But, things don’t always go how they should. To me the day felt like an endless campaign event. I attended the Alpharetta-Milton 9/11 Memorial and was completely disappointed to learn that the agenda for the memorial included a long list of speeches from politicians. Alpharetta Mayor Arthur Letchas and Milton Mayor Joe Lockwood spoke first. This was appropriate. As hosts of the events, they welcomed us and encouraged us to really reflect. But they were followed by a total of SIX political speeches!!

We opened with a heart wrenching recording from the 911 dispatch in New York, the color guard, Star-Spangled Banner, and a prayer. So far, so good. After a long line of speeches from Representatives, Commissioners, and the like, we were graced with Senator Albers dressed up like a firefighter. (Don’t worry, you would still be able to identify him. He had on his Alpharetta Volunteer Firefighter name tag, as well as a Senator name tag–a uniform code violation, mind you. Diplomatic immunity? I suppose.) His speech was solemn, followed by a radio call into the local dispatch and some sirens. Quite a show. I was wondering if he was going to shoot someone out of a cannon.

But the whole thing was entirely set up. It lacked genuineness. Each politician got up there, said what THEY were doing on 9/11, how things have changed for THEM since 9/11, what great Americans they are and then they thanked our public servicemen and women. Some of them read directly from press releases they had sent out earlier in the morning. It was a sham. A complete disappointment.

I thought on 9/11 we would be honoring the firefighters, the police officers, the Port Authority, the victims and the men and women in Afghanistan and Iraq–those we’ve lost and those who continue to serve. Thank those who protect us unconditionally every day.

I thought on 9/11 we would pray for our country and take pride in the foundations: liberty, freedom and vigilance.

I was wrong. All we got was a slew of politicians and a headache—At least it was free. 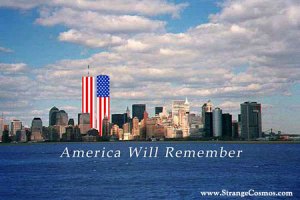