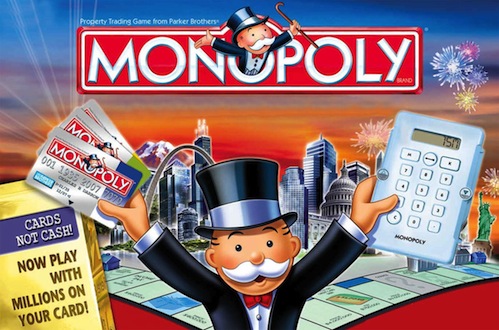 I’ve done quite a few pieces on underlying messages in movies, games, books and things of the like that are aimed at children. One of my very first blogs was on the Game of Life and examined how the game has evolved to reflect several liberal- borderline socialist- foundations. The criticism I presented was much different from that presented in a recent Huffington Post article analyzing messages in board games.
At first I REALLY thought it was a joke. The author of the article mentioned the damage caused to children when they find out the hippos in real life aren’t pastels like in Hungry, Hungry Hippos or that it isn’t ethical to perform open-heart surgery on a conscious patient.

But then! Then, the article starts in, stating, Monopoly teaches children “how to stifle competition, squeeze rent from squatters that stop by their properties and exert maximum profits at all costs” or that Guess Who focuses on “Is it a man? Does he wear glasses? Is he white? These are the sort of ways that kids are encouraged to categorize people” or even that the Game of Life “teaches us that you MUST get married (to someone of the opposite sex, of course), that purchasing insurance or pursuing a college education really have very little impact on your future, and that you should only help the homeless if you’ll get a reward afterward”. They even go as far to say that Operation will lead children to believe that a black market for organs is okay and that Old Maid shames unmarried women. What the…

This article is just a shameless attack on conservative values. I can’t figure out if the author is angry at the companies who produce these games, the people who play them or just herself because all she ever turned out to be in her ‘Game of Life’ is a writer for the Huffington Post. To imply that a daughter will assume it’s ‘okay’ to sneak out and meet her ‘motorcycle-riding boyfriend’ in the middle of the night after playing Don’t Wake Daddy is absurd. If your child is sneaking out or selling organs (or drugs) or is racist or values money and nothing else it is simply a reflection of your parenting and the values you instill. If you feel attacked by the game Old Maid, you may have some self-esteem issues to work on yourself.

It ends with asking whether or not children are better off playing video games…What do you think?

Take a look at the generalizations they made for the corresponding games.