I have decided to document all the ridiculousness, half-truths and outright lies my teacher feeds to me in class. From now on, I will highlight the quote and follow it with why it’s not true. I think we will all be amazed by how skewed and biased the classrooms really are these days.

Last week, we started class by discussing the State of the Union. If you read State of Ridiculousness, then you certainly know how I felt about it. My teacher wanted us to voice this. Turns out, I’m in the only one in class who watched the SOTU. Yep, that’s right. In a class dedicated to fiscal policies in a program dedicated to public affairs and policy, I’m the only one who watched. Granted my class is only 4 people, but consider the program!! That being said, my teacher attempted to explain how much Obama referenced the debt issue in his SOTU. It took my printing of the transcript for him to finally cave and admit that the debt ceiling was never mentioned in the SOTU. Why? Because it was a campaign speech.

-“FDR didn’t want to make the government larger…he had to for the well-being of the people”
And besides…I ought you liked big government? Now you’re trying to say that there it happened differently and it was an accident not a carefully calculated plan? Interesting. The largest government expansion in history was an accident.

-“We cannot blame Obama for the current financial problems. Before Bush II, there was a surplus. George W. came in and wiped out all of the money.”
-HALF TRUE….it’s true that there was a small surplus in 1999 and 2000, but the last TRUE surplus for the overall budget was in 1959. If you’re referring to the stimulus package, TARP and AARA, it is correct that George W. signed that into law, however, it originated in a very spendy Democratic Congress. Essentially, the Bush years contributed to the deficiet (mostly by fighting 2 wars) however, it is ridiculous and ignorant to fully blame or fully exonerate ANY president over the last 50 years, as they have all played a significant role.

“The second amendment was for the old days. Now we have the police department.” Actually, sir, that is NOT true. As of publish time of this blog, we had not revoked the Constitution in this country. As it stands, we have the fit to bear arms. Also, they may not teach you this where you come from, but the right to bear arms was actually created in the Bill of Rights to protect the American people from police and military personnel that infringe upon our rights.

My teacher also attempts to use The Bible against the conservative movement. Focus focus focus on the separation of church and state, but as he says “Check Bible and conservatives wrong”. Meaning, The Bible would lead us to want entitlement programs. No no no.

Now that my teacher knows that I’m “not a democrat” he uses me in examples all the time. “You’re a millionaire who has a factory and several unhappy workers because you’re rude and mean….” or “You own a company that was handed down to you from your grandfather and you’ve never had to work…” yes, let’s attack the 1%. Let’s attack those who work really hard. Wealth is bad!!! Reminds me of my favorite OWS quote. A protestor interviewed on Wall Street said “It’s so hard to find these corporate executives. They’re already at work when I wake up and they stay here until long after I go home at night.

I also think it’s truly ridiculous that I have a teacher who is clearly a socialist teaching the foundations of American fiscal policy. His accent is so thick, unless I tune in, I cannot understand him. Ausority (authority) and Assens (Athens, Greece) don’t quite add up for me when I can’t decipher the words coming out of his mouth. And if you don’t agree with the ideologies of America, you should at least not sit and attempt to indoctrinate young minds. 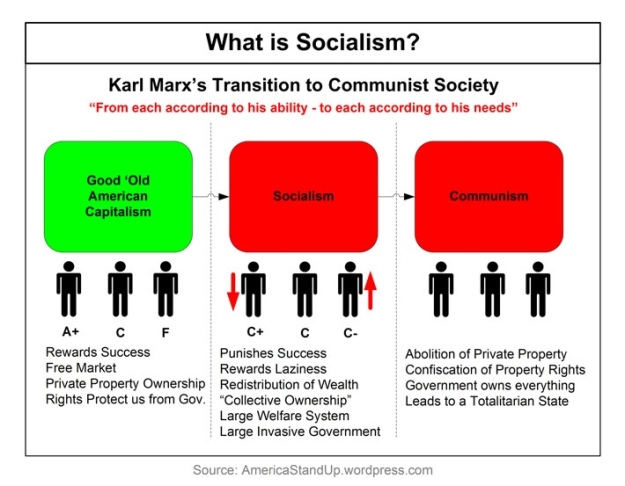