Guest Blogger Jenna Howard on SB 292: Jenna holds a B.A. in Political Science from Georgia State University. She works at the Southern Arts Federation, a regional nonprofit, and is working on her Masters in Public Policy at Georgia Tech. 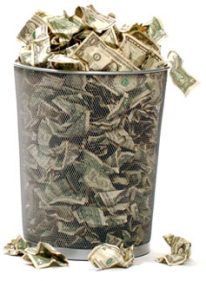 Hi again, folks! I’m pleased that I was asked to guest blog on the Perspicacious Conservative again, BUT, I’m even more pleased that I’m blogging about yet another one of Senator Albers (and others…) poorly researched and thought-out bills. Before I get started with this bill, I want to make one thing straight. I’m a numbers gal for which I will blame Georgia Tech. When I do any sort of policy analysis, I look at the numbers first then, try to understand the arguments around the numbers. This brings me to my next caveat; policy and politics are separate creatures. Most often, good policy doesn’t make good politics and that goes for both sides of the aisle. A politician’s goal is to get reelected and most politicians aren’t equipped to do their own policy analysis. Also, they aren’t bound to do what their policy analysts suggest (if they even have one). Glad we got that out of the way.

Now, onto this bill. The last guest blog I wrote was about a bill Senator Albers advocated to force those on unemployment to complete at least 24 hours of volunteer service for a non-profit organization. You can read more about how that was a bad idea here. This new bill, also introduced by Senator Albers (and others..), comically named, “The Social Responsibility and Accountability Act” would require a drug test for those in Georgia receiving Temporary Assistance to Needy Families. This Act does not include programs such as Food Stamps, Medicaid, Medicare, or to pay our lovely state lawmakers or other state workers. This bill probably sounds familiar because Florida and Michigan both enacted similar legislation. Georgia is requiring those seeking TANF to undergo a swab test in lieu of a urinalysis. It would initially be paid for by the person seeking the assistance and, if tested negative, the state would reimburse them. If the person tests positive, they don’t receive or reimbursement and they are banned from receiving benefits for a certain time period. The average swab test costs $17.

Before discussing the arguments here, I immediately looked at the Florida evaluation that came out a few months ago. The first evaluation was put out by The Department of Children and Families and Florida. They reported that about 1,000-1,500 people take the test monthly. So far, 2% of applicants have failed, 96% have tested positive, and 2% have declined completing the process. Florida’s urinalysis costs $30 and the state has about 1000-1500 applicants per month. In this evaluation, 96% tested negative forcing the state to owe $32,200-$48,200 worth of reimbursements. It is estimated that the state will save $40,800-$98,400 annually on rejected applicants for a program that cost almost $200 million. Obviously, more rules and regulations require more staff and resources, so we can go ahead and that savings to their paychecks. Currently, both Michigan and Florida are fighting this legislation in court on account that it violates unreasonable search and a violation of privacy. So, let’s go ahead and throw a lot more taxpayer dollars into the mix. That’s means we’ve got a deficit on our hands, folks.

Idaho commissioned a cost-benefits analysis for precisely this question. The results? The legislation would cost more than it saved. In their words,

“To fund the costs of the program, the State would need either appropriate additional funding for a drug testing program, or divert funds from current programs for the screening, testing and treatment activities… State leaders should be prepared for any drug testing policy to be challenged in court, which could result in expensive legal fees during the first year following implementation…The costs of legal action alone during the first year could exceed the costs of the drug testing and treatment program.”

So, Idaho did their homework(take note, Georgia lawmakers). Their analysis showed this just wasn’t going to save the state the money they anticipated. But there are certainly other reasons why this isn’t a great piece of legislation. A report from the National Institute on Alcohol Abuse and Alcoholism shows there is no significant difference in the rate of illegal drug abuse by welfare applicants compared to the rest of the population. In fact, 70% of drug users are full-time workers between the ages of 18 and 49.  This study is dated, but was released when Clinton’s welfare reform was enacted so I find it highly relevant to this debate.

I understand the arguments for proponents of this piece of legislation. It goes straight to the heart of “subsidizing others” and “funding drug abuse.” I understand that proponents feel like their hard earned money shouldn’t be going to others in the first place, much less to their “habits.” I understand that proponents feel like because they have to take a drug test for a job, so should welfare recipients. I find all of these arguments compelling. At first glance, I think this seems like a valid piece of legislation. But the evidence just doesn’t support the cost-benefits or that these people are using drugs to that extent. I’m not claiming that none use drugs, just like I’m not going to claim that the other people receiving taxpayer dollars don’t use drugs. Our money goes to a lot of people and I’m betting most of them aren’t using that money in the best way. If you want to help drug abuse, target the whole drug-using population.

Senator Albers claims that this legislation is “compassionate.” He wants to help those people with drug problems. Senator Albers, I ask you, what happens if these people test positive for drugs? Are you going pay to send them to a rehabilitation center? Are you going to use more taxpayer dollars to actually help those people who may, in fact, have a problem with drugs? I didn’t think so. This legislation is not compassionate, it’s a political step. It’s a perfect example of bad policy being good politics. Why aren’t we using the money we’re going to spend on this program to create jobs? Senator Albers is, in fact, on the Economic Development Committee. Why aren’t we trying to raise wages (since they’ve been stagnant since the 1970s). I would find these initiatives to be far more compassionate for the people seeking these benefits and for those taxpayers who are funding this program.