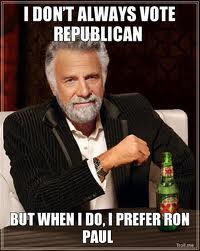 Saturday I attended the Cobb GOP Breakfast. It was my first one since primary season, seeing as though I was still weeping and eating birthday cake for the August one. These breakfasts generally have the same schedule every month: some time to mingle, formalized prayer and Pledge of Allegiance, introduction of present elected officials and then on to the main speaker. This time, all was status quo until the elected officials were introduced and you heard several loud, overarching boos. They continued during each briefing by elected officials. When I turned around to see the boo-ers standing in a small group wearing Ron Paul shirts, I was overcome with disappointment.

I proudly supported Ron Paul during the Primary as well. I am a staunch Constitutionalist, I believe in the smallest form of government and vehemently disagree with many of the policies that have been implemented over the last few years- the NDAA, Obamacare, and ARRA to name a few. I sometimes feel misrepresented by parties and my elected officials and more often than not, feel many freedoms are slowly slipping away. But I’ve also accepted that Ron Paul is not the Republican nominee and if I would like to participate in Republican activities, whether it be on a personal level or a professional level, I need to be respectful of their causes, initiatives and goals.

During the booing, you could just see the Republicans in the room seething and becoming more and more irritated with every shout, cackle and disruption. It was truly disrespectful. I was sitting close enough to the gentlemen to overhear Congressman Phil Gingrey stop them on his way out. He said he appreciated their attendance and to please call his office if they would like to set up a meeting to discuss some of their concerns. The gentlemen shook his hand and then snickered and made even more nasty comments as the Congressman walked away. After the meeting as everything was breaking up, I walked up to the group of gentlemen and asked them why they attended the events if they hated Republicans so much. It immediately escalated to one gentleman yelling at me about my beliefs and shouting about my ignorance which drew a “You don’t KNOW me” from me. After explaining my disconcert with his delivery and my thoughts on party rejection of his message because of his delivery, the man admitted that he could be a bit brazen, brash and ‘in your face’ but that if he ‘changed’ one person, he won. I stated again that he is on Republican breeding ground and suggested a few different ways to garner different reactions. I extended my hand for a handshake at the end of our heated discussion and asked them to please consider my points.

But here is the thing: The venue is all wrong. You have to know your audience, man. We were at a REPUBLICAN breakfast to rally for REPUBLICAN ideals and to initiate a REPUBLICAN grassroots effort. I don’t attend Democrat events in an attempt to alter their opinions on gun control (or the lack of need for it), abortion, affirmative action or any other issue. It wouldn’t make any sense. It’s like yelling at a brick wall. My mom always told me you get further with honey than with vinegar and I certainly never received any recognition for throwing a temper tantrum. If you’d like pancakes for dinner, instead of saying “I WANT THE ******* pancakes you *** ** * *****!!!!” maybe try “I’d like to have pancakes for dinner some time this week. Is that something we can discuss?” Compromise. Act like adults.

Republicans shout that a write-in or 3rd party vote is a vote for Obama. Ron Paul extremists shout that Romney=Obama. But the cold hard reality is that both groups need each other if they want to make any progress.

So let’s recap.
I support their message.
I believe in dissent.
I don’t like boo-ers.
I don’t support their method of delivery.
I don’t condone disrespect or temper tantrums.
I want real change.
I want Obama out of office.
The options are a) incremental change with the Republican party or b) full-on revolution.

Which is going to stabilize things for our country that we so desperately need? 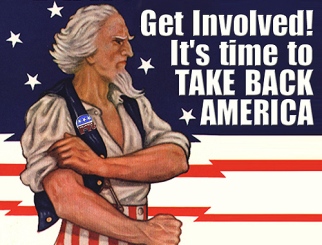 7 thoughts on “Tyranny at the Cobb GOP”