But is politics reason enough to drop a friend?

The current situation is very sick and twisted. Long passed are the days of keeping mum on politics and religion. Our country is so divided, so separated, so broken.
I’ve lost a few Facebook friends because of politics (Heaven forbid!) and I’ve seen family members take “time-outs” over disagreements over politics. But I recently lost a really close friend because of political beliefs and it made me question where politics falls in our daily lives.

When you think about it, our political views are based on core beliefs, religion, morals, and ethics (or the lack of all of the above for some). Are these things we can sacrifice for friendship? Or are we sacrificing friendships for politics? 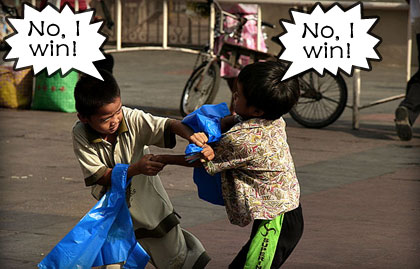 A study was released in March by the Pew Internet & American Life Project that 18% of people have defriended or blocked someone on Facebook because of political postings. Another 28% said they counter with rebuttal or competing post.

As a blogger, I’m certainly not one to stand down from my views or keep my mouth shut on an issue. But throughout my life, I’ve surrounded myself with people who live life like me…my friends have a faith of some type, work hard for their earnings and are good people. Can I spend time with someone who doesn’t believe in working hard for things that they want? Do I want to go shopping with someone who is still living off Mommy & Daddy at 25? Can I discuss relationship issues with someone who thinks my tax dollars should pay for their abortion or birth control? The answer is no.

Let’s not get it twisted. I won’t break off a friendship because someone supports a different primary candidate than me or thinks we should give foreign aid to Israel but not Peru. It’s more about the rhetoric and tone BECAUSE of the great divide. Republicans are called bigots, racists, women-haters while Democrats are labeled system-milking, abortion-getting liberal swine sluts. Whether the names are true or not, the dialogue is no longer respectful-from either side. Our discussion of politics has become immensely PERSONAL. I can hardly stand the sight of someone who supports ObamaCare because of 1) how its going to affect me and 2) because of their lack of understanding of actual issues. So when it comes to a morale-based talking point, where do you draw the line?

You can certainly choose not to discuss politics with your friends, but I would argue that there is a growing trend of politics bleeding into every day life. Political views are now like a fashion accessory. And with the ever-evolving policy changes we are seeing, it may become more and more difficult not to resent someone who supports a policy that will negatively affect your personal and financial freedom.

2 thoughts on “Should You Ditch a Friend Over Politics?”