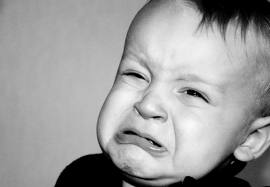 Cherokee sure does have a knack for lying candidates.  Or those that leave out a large portion of the facts.
Matt Laughridge has put out a hit piece video of the sort of resembles something a democrat would do. Read below and you too will feel the irony.

Don’t try to fool us, Mr. Laughridge. ALL 5 (4 REPUBLICANS and 1 Democrat) CANDIDATES in the Senate 14 race outstanding fines.
If you’re asking if it upsets us, the answer is yes. We want all candidates to pay their fines and file their paperwork in a timely fashion but since you haven’t either, let’s call it a wash and move on. What is not included in that ‘wash’ is the sneakiness of trying to exclude himself from claims of ethics fines. So I present to The People, Exhibit A:

Mr. Laughridge, in his video attacking Dwight Pullen and Bruce Thompson, also said “Both claimed to be Republicans but their voting records don’t support the claim.” I present The People Exhibit B which shows a  few points:

What this says to me is that Mr. Laughridge is grasping for straws…probably because of a last-minute poll showing him in 3rd place and not headed to a run-off. That’s just speculation but all the other candidates are out there working to meet voters and Mr. Laughridge is stomping his feet and pressing videos that evoke the same emotion of the anti-Big Bird videos from the Romney election.  I have confidence that the voters in Senate District 14 have enough common sense to see past this ridiculous unsubstantiated video that was clearly produced out of desperation.

There’s a nice little voter guide from Bartow Politics here.
I’ll also note that this video was produced by that same ol’ company that was dissolved by the pesky Secretary of State.

1 thought on “BooHooing and Finger-pointing in Senate 14”