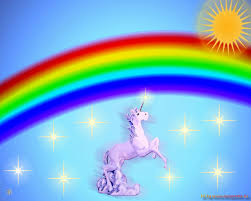 Wednesday I received a call on behalf of a Republican campaign asking if I was supporting [X] candidate. When I said, no, it got a little …tense. I keep telling people my ballot will be a colorful amalgamation of decisions. Some Red, some 3rd party and a few skips, but never any Blue. Naturally this upset said representative who told me that I can’t always get what I want and taking my ball and going home is wrong. Oh, and, I’m wasting my vote. A wonderful example of voter outreach and engagement.

Let me tell you why this isn’t working, especially with millennials. You see, Democrats are out in the community telling people what they will do for the community, the state, the country, and we’re over here doing the ‘NO WAY Macarena ‘on the Highway to Hell. Our talking points are:

No kidding. They’re liberals. OF COURSE these rhetoric lines are applicable. This shouldn’t be surprising information to anyone. But those aren’t convincing reasons to go vote. Those are just reasons to not do anything on Election Day because Republicans aren’t saying why their candidate is ‘the best’. It seems like all we’ve seen lately are hit pieces on consultants that aren’t on the payroll and a push for Senate Majority. We get it. Those are valid points but we need more substance.  We may not agree with the fact that Democrats are out talking about what voters will get out of voting (D) but at least they’re offering something tangible. We have things to offer too, like limited government, lower taxes and economic freedom.

Also, this “straight slate” thing isn’t working for a lot of people. No Republican can honestly tell me that Perdue and Deal (and everyone from CD-1 to Insurance Commissioner) is exactly the same ‘type’ of Republican and believes all of the same things and therefore, they all deserve the exact same support. Puh-leeze.
There’s a reason that every restaurant doesn’t have a price fix menu. People like choices. Choose an entrée and then the sides you like based on flavor and calories. Even Panera Bread gives you the option of chips, fruit, or bread.

Right now, it doesn’t matter who I’m not voting for in November. What matters is the ‘why’.  With 60 days to go, the GOP has got to offer some answers, some hardline reasons.  The reality is this: On a national level, Republicans have hurt many people too, especially in the eyes of the skeptical millennials and Independents – you know, those folks you’ll need should there be a runoff, and definitely by 2016. And the non-politico types don’t always separate federal and state-level folks (hence the reason we are, rightfully, hammering Obama/Pelosi/Reid ties). People have been burned. It’s no longer acceptable to say ‘If you’re not with us, you’re against us’. Tell me why. Show me why. Give me tangible evidence. Talk about policy. Stop using tag lines. Paint me a beautiful picture flowing with Liberty. Otherwise, I will have no choice but to paint my colorful amalgamation on my ballot on Election Day.

And if not accepting the one-size-fits-all slate makes me ‘not Republican enough’, then so be it. There’s a laundry list of people behind me thinking the exact same thing.  But that will directly contradict the GOP talking head slogan of ‘We have to side with the folks that agree with 70% of the time and not focus on the 30%’. Does my 70% have a seat at the table?