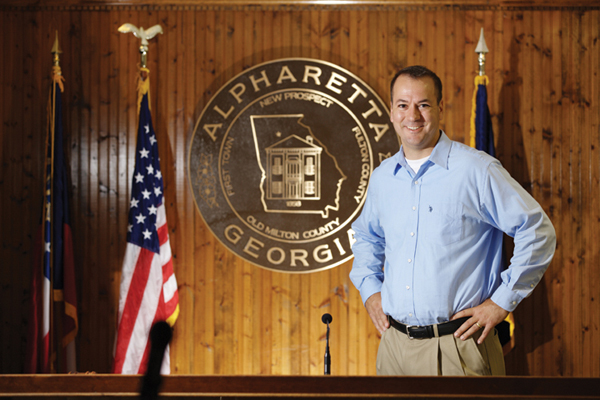 David wants to keep Alpharetta great. In creating a vibrant Downtown with Retail Shops, Restaurants and Galleries, bringing jobs to Alpharetta and improving traffic through light synchronization, David will KEEP Alpharetta a desirable place to live. David has the leadership skills to make these plans a reality. In addition, he is honest and genuine in his desire to serve the people. Over the course of this campaign, David has taken a beating by his opponents, many of which are baseless lies. Even still, David has taken the high road and only used the records and platforms of his opponents to argue. David is a candidate of moral value.

Everyone is tired of the same ‘ol same ‘ol. If you vote for Jim Paine, that is what you are going to get. Jim has been on the Alpharetta City Council for FIFTEEN YEARS! During the debates over the last 6 weeks, I’ve heard Councilman Paine repeatedly tout his record of establishing and maintaining recreation areas in Alpharetta. That’s great and all, but aside from that, Jim simply parrots initiatives by others. During the Alpharetta HS debate, he began every answer with ‘As Doug said…’. I also have to question whether he is simply looking for something to fill his time since he is retired. It’s true that Jim has several endorsements, but no one is doubting that Jim is a nice guy. And a nice guy that’s been around for 15 years is bound to build relationships. Clearly that’s what he’s been doing because he hasn’t been building a record of achievements.

If you want someone to bully you around, you should vote for Doug DeRito. Doug DeRito has a reputation for pounding Alpharetta citizens. Recall how he behaved towards me at the Alpharetta High School Debate  He’s been at the center of TWO ethics scandals in the past 5 years– both of which have been raised by citizens who felt he was abusing his privileges as a public servant. Doug DeRito is also a liar. Doug claims on his website that he is a ‘Founding Member’ of the Alpharetta Public Safety Foundation. Why don’t you try calling any of the Executive Board Members of the APSF to confirm that. Mr. DeRito claims to support the Tea Party but voted to accept Federal Stimulus funds for the City. He wrote in an Alpharetta-Patch Article that he was planning to pay back the money from the ACVB ticket scandal but a month after his statement, the AJC reported he (and Mr. Paine) had still not refunded the money (Here is the WSBtv video) . We also know that Mr. DeRito is buddy-buddy with Senator Albers… if the two are anything alike, we can gather that it’s a whole bunch of HOPE but an end result of NOPE.
I believe that volunteers are a true indicator of who a candidate really is. Have you been to an event where David’s campaign was present? He dominates. People like David. People like his platforms, his plans, his record. They want to see him elected. I don’t live in Alpharetta so I can’t vote for David. But I wouldn’t walk neighborhoods knocking on doors, make phone calls, attend events, wear his campaign shirt 10 days in a row (these final days are killin’ me-don’t worry, it’s been washed), and print, fold, seal and stamp thousands of mailouts if I didn’t truly believe David was the best man for the job.

I encourage you to vote this Tuesday November 8th for David Belle Isle as the next Mayor of Alpharetta. 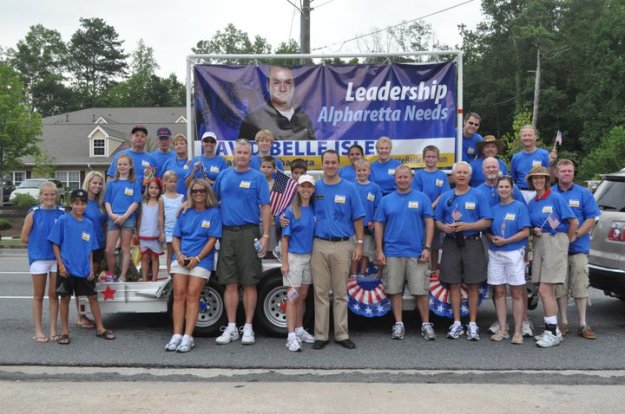 1 thought on “Why Belle Isle is the BEST Choice”