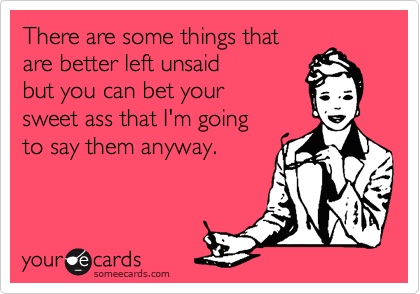 Back in May, I published a post detailing John Albers’ redistricting shenanigans in regards to Brandon Beach and the primary race in Senate District 21. I expressed my support for Brandon Beach in the district based on my personal interactions with him and his plans for Fulton and Cherokee counties. Apparently, this is like armed robbery of a preschool because within hours of my posting, “insiders” were calling people in my circle asking who I was and why I would do such a thing. I’m talking staffers at the Dome, attorneys and other consultants. My personal policy is support the person I think is best for this office. This is not always the incumbent. You would have thought I was the only person on earth to ever go against an incumbent. Imagine Senator Rogers’ surprise when there were a few others who weren’t on his side. Unfortunately, I succumbed to political pressure and took the blog down. This is also against my policy and what this blog stands for and for that, I apologize.

Now, there are a few things to understand. It’s been two years since I worked on the Albers Senate campaign and I sealed the bad memories solely on the fact that I have had no issue succeeding since I left Mr. Albers and figured he would self-destruct on his own. Even though I did not sign a confidentiality agreement, I originally planned to just “let it go”. And since I worked on his campaign, I know some of the mischief he encountered in a last-ditch effort to win his campaign- this is all besides the point but tuck it away for conclusion-drawing later. But since then, John Albers has made numerous attempts to discredit my reputation and defame my character. (You can read why Mr. Albers doesn’t care for me here, here, here, here, here or here.) I also spent a legislative session at the Capitol this Spring where Mr. Albers consistently and maliciously spent numerous hours bad mouthing me to aides, other Senators and staffers and accusing me of stalking him to any one that I networked with. Yes, you read the correctly: stalking. What Mr. Albers didn’t know was that I have plenty of friends down at the Gold Dome who cued me into what he was doing. At first, I was upset, as any young girl trying to start her career would be. How could an old man use his political power to try to sway others’ opinions of me? I also heard other initiatives that Mr. Albers took in an effort to get me to stop blogging, but none of them worked. I know he doesn’t do this with the AJC or the former Beacon Newspaper. Did he just think he could behave like this because I’m young? After some thought, it hit me: John Albers is scared of me and by doing this, he was attempting to disgrace me by making me look untrustworthy and misguided. As I realized what was happening and I heard some of the reactions, I realized that I had more fans at the Capitol than Mr. Albers and I was just a little ‘ol intern. I couldn’t help but giggle when someone said “Get real! You certainly have better taste than that!”. After a few months, however, this warranted action and Mr Albers received a certified letter explaining what slander is (in case he didn’t know) and demanding that he stop, with threat of a lawsuit.
I have not been a saint when it comes to blogging about Albers, it’s true. But because I helped get him elected, I feel obligated to hold him accountable for his decisions at the Dome, not to mention, I grew up in the district and many of my friends and family reside there. After the first blog I posted, John called me and asked me to take it down. I would not, simply because nothing I stated was untrue. I have always stuck to the issues and legislation when it comes to my assertions about ‘ol Johnny (except when I said I thought he was going to shoot someone out of a cannon) and I have encouraged him to correct me when I am wrong. So far, I have not misstated the facts and he has not attempted to correct me. He has resorted to childish measures and his actions are simply unacceptable. Shame on you, Senator. The people of District 56 and the citizens of Georgia deserve better than someone who will resort to slander and throwing their weight around when challenged by a youthful blogger who is simply demanding responsible government and adequate representation.

“Woe to that nation whose literature is cut short by the intrusion of force. This is not merely interference with freedom of the press but the sealing up of a nation’s heart, the excision of its memory.”