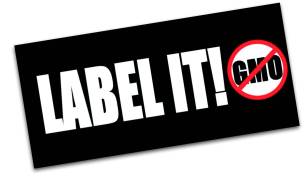 It’s rare that I don’t have a concrete opinion on an issue but I recently had a conversation with someone over whether or not GMO labeling is something that should come to Georgia. Whether you believe in the dangers of Genetically Modified food, it matters not in this case. There is a growing movement for ‘truth in food’ and labeling in states around the country and it’s only a matter of time before the conversation comes to Georgia. We should be prepared because the point of contention is the role of government in consumer information.

In a quality conversation, we should consider all sides of the legislative sphere and not just what benefits us. So let’s begin.

Currently, only Vermont, Maine and Connecticut have passed legislation requiring labeling and Colorado and Oregon put it on the ballot where it previously failed. The Center for Food Safety has a comprehensive list of states with pending initiatives, including Georgia as soon-to-be-Former State Rep. Josh Clark introduced legislation during the 2014 session.

Keep in mind that similar legislation applies only  to food grown or manufactured in that state. In considering the role of government, many would agree that this should be done at the state level (unless you’re viewing this the same way many view cigarette labeling). When considering effectiveness, one at least has to acknowledge that random states passing legislation could be disjointed and choppy. The responsibility of raising awareness would still fall on grassroots organizations and on informed consumers. In today’s America, that is a lot to ask.

So, some questions I have:

There is already a movement called the Non-GMO Project with a lot of steam and zazz behind it. Many would say that projects such as this will weed out the -via the free market- those companies that have no desire to be transparent.
To their credit, there are a large number of companies backing labeling – currently over 650. Some of the organizations in favor of food labeling include: Odwalla, Chipolte, Stonyfield Farm, Organic Valley, Eden Foods and Numi.
Some of the larger players against GMO food labeling include Coca-Cola, PepsiCo, General Mills, Nestle USA, Hormel, Kellogg, Land O Lakes, and Du Pont.
The counter to that argument is two-fold: First, only organizations that are NON-GMO are labeling. Those are using GMO products are not indicating so. Secondly, sometimes it is indeed the role of the government to inform the uninformed so long as we are operating under the current system with the FDA and State Agriculture Commissioners.

As you can see, the possible ramifications are quite complicated and the grey area seems to muddy the black and white. Georgia doesn’t exactly have a reputation for being Liberty-minded when it comes to agriculture or food rights (see Delbert Bland’s Vidalia Onions and previous raw milks legislation) but I hope they can at least start the conversation. It would be to our benefit that this process be slow as the quick things they do generally don’t help We, The People. And I would be lying if I said there wasn’t a little part of me that wanted to stick it to big companies that are doing shady things with a lack of transparency….but that doesn’t make good policy and it still doesn’t answer the question of whether or not that is the role of government when consumers have a choice.

1 thought on “Is GMO labeling too much government?”